“explore and break through the limitations of traditional presentation mode of their works and performances.”

While the COVID-19 pandemic has plagued the world for over a year, our daily lives have to be adjusted to the “new normal”. The arts sector is of no exception: exhibitions, performances, and classes have been postponed or cancelled and a “new normal” has emerged. Chris Song, editor-in-chief of Voice & Verse Poetry Magazine, said, “Digitalisation of the arts can be widely applied in literature. Take hologram projection in physical exhibitions as an example. When an audience views the artwork from a certain distance, the image of a poet reciting the poems could be projected.”

This interview series tells how three art groups and artists, supported by the “Arts Go Digital Platform Scheme”, explore and break through the limitations of traditional presentation mode of their works and performances. 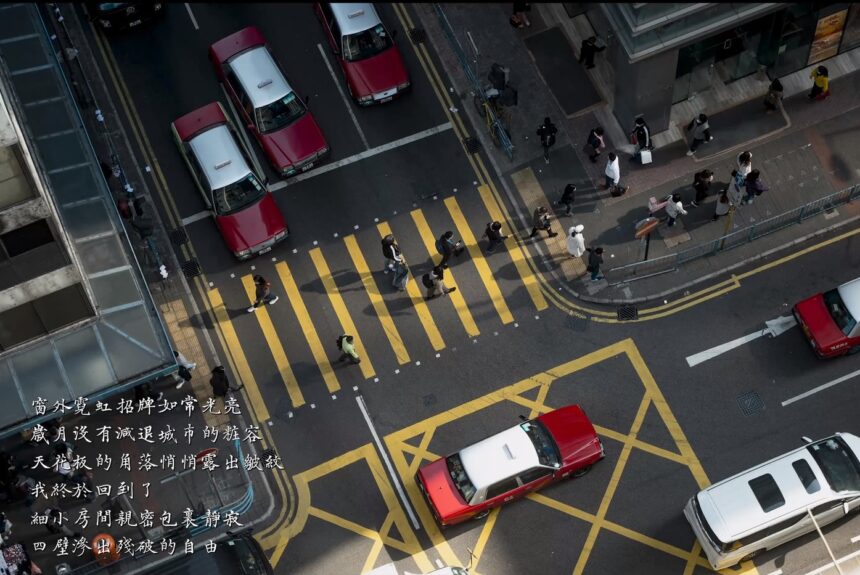 Cave Whispers is a multimedia online exhibition that combines poems, photography and sounds. (Screenshot of the project website)

Apart from the music by composer Hippocrates Cheng, poets and scholars were also invited to read poems for the project as a sound element. Some of their voices overlap with special sound effects. Chris said, “This is a meaningful exploration. Usually, people expect the speaker of a poem to have only one voice. In fact, different people reading the same text have their own feelings. When the voices overlap, people can immediately realise the different feelings.”

The voice of reading aloud encompassed reflections and communication. “(They) read the poems in different spaces at different times, yet manifesting a kind of connection and communication. During the COVID-19 pandemic and particularly in the year 2020, many people were in self-isolation. This reflection was very important (as it showed) that reading a poem was not a lonely process, not just by oneself,” he explained. 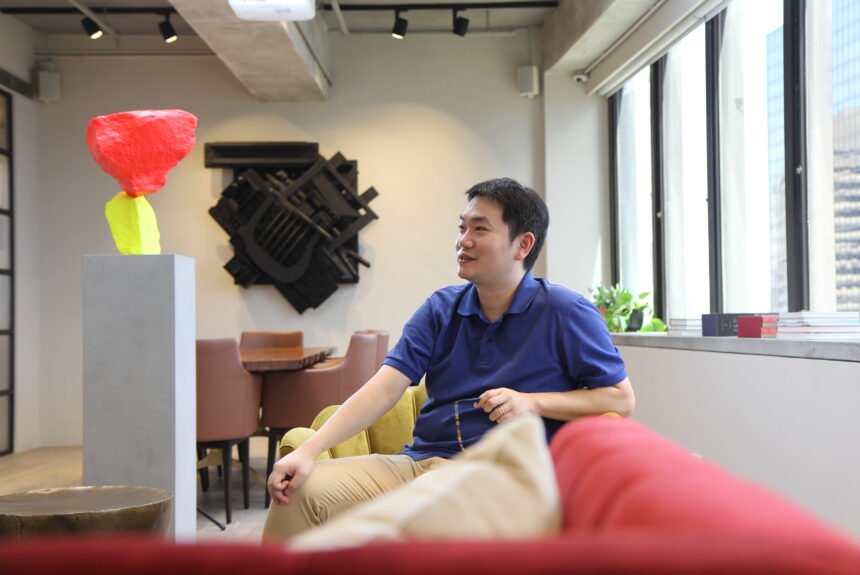 Digitalisation is the Focus

Chris further elaborated that an exhibition with poetry, image and sound in one place was seldom held in Hong Kong. Cave Whispers was made possible with the funding and formed the basis of extension of literature in future. The pandemic has dramatically changed the world, and in particular the format of exhibition. Online and offline integration has become an irresistible trend.

“For most of the time, digitalisation has not brought any big transformation in literature. Usually only some digital elements are added instead of becoming the main part of the exhibition. However, in Cave Whispers neither the poems, images nor sound is the focus. Rather, the digitalised combination is,” added Chris. Having curated this exhibition, he is more willing to organise events in digital form in future and he especially considers whether digitalisation could be the pivotal role in literary or artistic works.

Video Editing Work Opens Up a New Vision for Choreography

Besides literary online exhibitions, performing arts can also be transformed through digitalisation. One Two One Two was another project under “Arts Go Digital Platform Scheme”. Jointly produced by local independent choreographer Blue Ka-wing and independent artist Wilfred Wong, the project explored the relationship between sports and dance with three dance videos Basketball Player Dances, What is Bouncing and From Hong Kong Bounce to Brussels. It was the first time choreographer Blue Ka-wing had edited a dance video and she even used a slow motion camera for the first time to film What is Bouncing. In a pleasant remark, she described this breakthrough she made as “skill get” for herself. 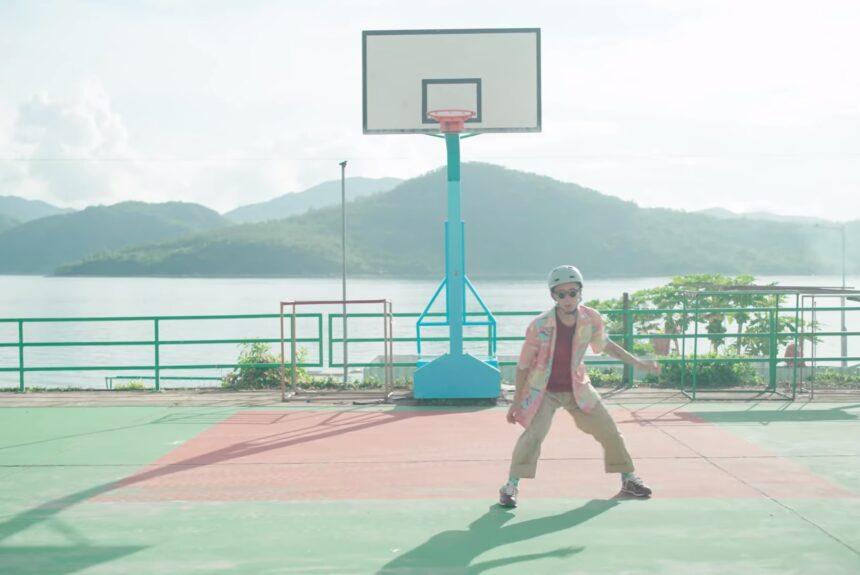 “Before, I took care of the choreography while my husband (Wilfred Wong) handled the directing and editing. This time I edited the dance video and realised that the choreographer and the video editor have different perspectives. Watching a series of shots on the computer screen was different from live performances, and opened up a new way of choreography for me,” Blue Ka-wing explained, adding that editing the videos was like choreographing multiple times, applying choreography skills and reviewing the rhythm of the videos again and again. Through this project, she consciously realised a closer connection between digital media and herself. “I used to shoot short dance videos mainly to reach more audiences. However, “Arts Go Digital Platform Scheme” made me think about how creativity can be integrated with digitalisation.”

She continued, she had to put aside usual stage concepts when she edited the videos so that she could get used to the new platform and acquire new skills.

“When dancers perform on stage, they use their breathing to drive their movements and the energy of live performance is great. A dance video requires editing that can express the rhythm with music and body movements, in order to achieve the same level of energy,” she said.

From Hong Kong Bounce to Brussels was a collaboration between the pair and two other Hong Kong artists residing in Brussels of Belgium. Concepts and ideas of the four artists were bouncing back and forth between the two cities. They set out a number of topics and looked for the corresponding materials respectively in the two cities, then took a video as a contrast to the other, including contrasts of architecture, spatial distribution, and lines.

Describing the creation as “very contemporary”, Blue Ka-wing said, “There would not be such a creation if it was not at this time. They could not come back to Hong Kong because of the pandemic, hence, their creation was mixed with their emotions as well: being compelled and feeling homesick. The creation connected them with Hong Kong and also changed their perspective towards the European city.” 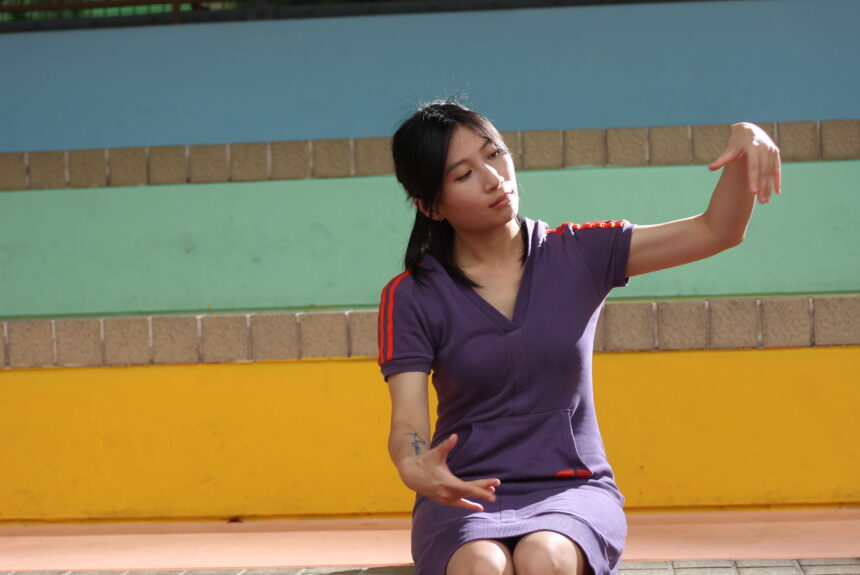 One Two One Two is Blue Ka-wing’s first video editing experience, which she described as a “skill get” for her. (Photo by Cafe Tang)

Kim Lun, the leader and main actor of the Kim Lun Cantonese Opera Troupe said, “we wouldn’t dare to do so if there was no funding.”

In March, the live performance of Execution of the Duke’s Second Brother was staged at Yau Ma Tei Theatre. In addition to enjoying the live show, audiences could ‘talk’ to the smart assistant through WhatsApp and get information about whichever sequences (paichang) they were interested in before and after the performance or during intermissions. The content of the appreciation guide included explanations on the sequences, facts about Cantonese Opera and roles, etc. Audiences could review the content or share it with friends anytime.

The online version was a two-and-a-half-hour condensed edition of the original three-hour stage performance, featuring the sequences of three scenes namely Sworn Brothers, Execution of the Duke’s Second Brother and Lamenting of the Besieged. In addition to WhatsApp self-guided tour, renowned Cantonese Opera virtuosi Yuen Siu-fai served as an online docent to explain the knowledge of Cantonese Opera to the audiences.

Annie Chow, Executive Producer of the project, said that the elderly have been quite familiar with using WhatsApp in recent years, so it might be possible that there could be some light-hearted applications or as provision of information to the audiences. She explained further that many acts in Chinese Opera were virtual in nature. For example, there was no horse in the act of riding a horse; there were no mountains and seas in a journey.

“In general, audiences will have a lot of queries when they see a performance as they may not be able to comprehend all these acts. The self-appreciation guide helps them to have a deeper understanding of the Chinese Opera, hence, the project can be regarded as a kind of arts education,” said Annie. 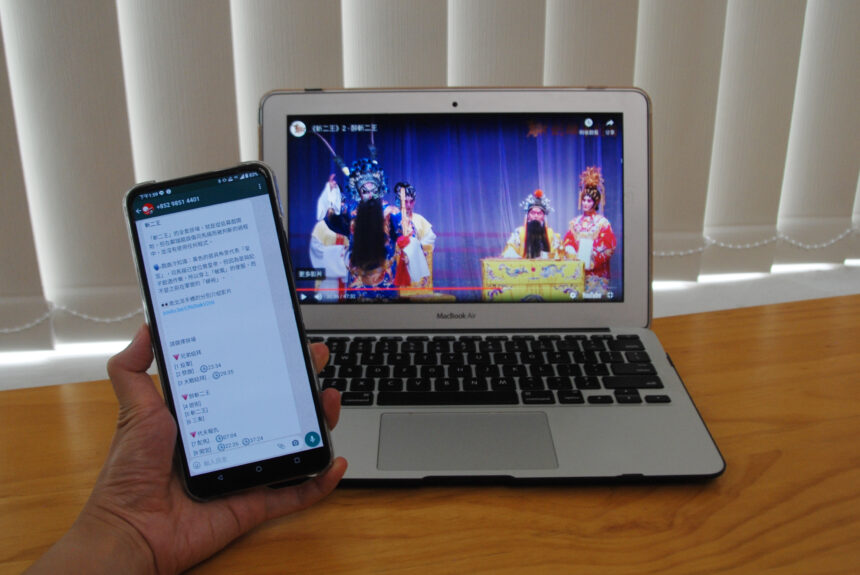 Annie Chow said, Execution of the Duke’s Second Brother was chosen for the making of a self-guided tour because the play is rich in formulaic staging. The guided tour was made into a video for replay at all times. Kim Lun was sure that actors had a better understanding of the play through the project. “Originally we knew only one edition of Execution of the Duke’s Second Brother. Then during the rehearsal, Artistic Director Yuen Siu-fai recalled that he had learned a second edition a long time ago. Later our actors found the third one. This was really a rewarding experience to the actors,” Annie supplemented.

Annie said, the most rewarding part of the project was that the videos produced were also released on the official website of “Arts Go Digital Platform Scheme” which helped greatly in the promotion of Cantonese Opera. The effect was more prominent than that when they published their own videos on YouTube.

“Response from the audience was overwhelming and the project also attracted more attention from people who used to find Cantonese Opera boring. The guided tour could be reviewed and shared through WhatsApp, making the promotion more successful,” she said and added that the new experience brought by the project also changed the audiences’ impression that Cantonese Opera was old-fashioned. 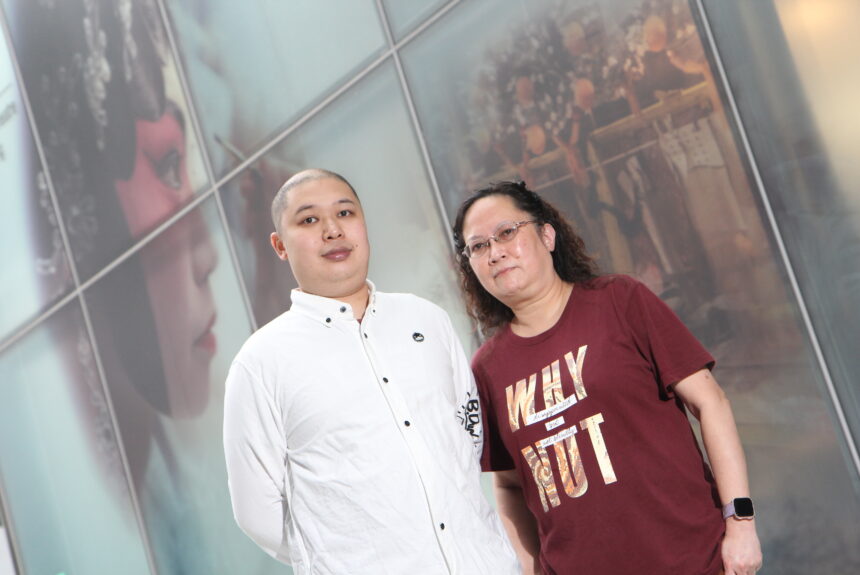